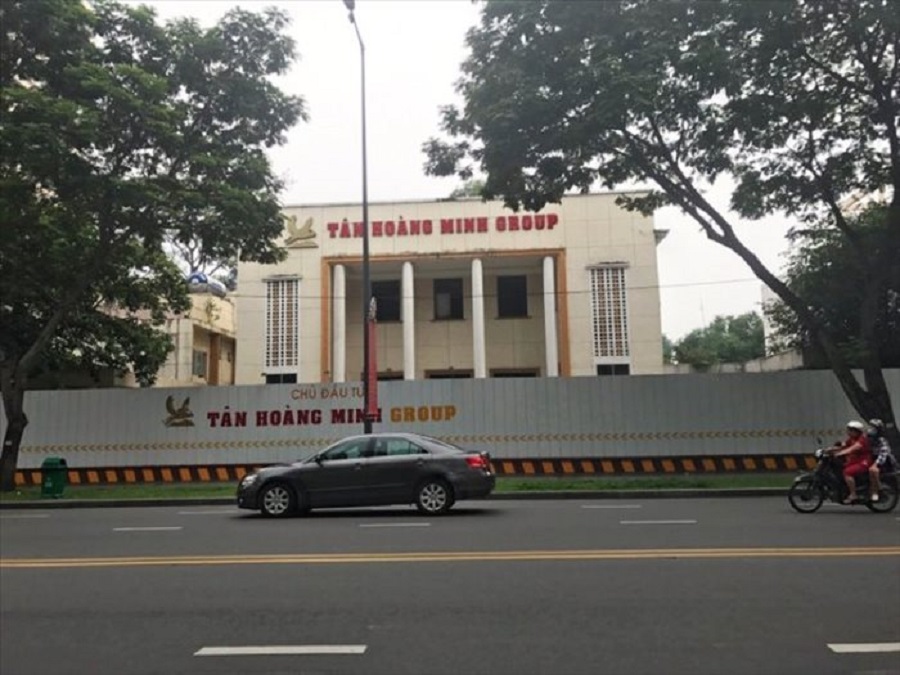 Ha Noi-based Tan Hoang Minh Group won the auction for 3,000sq.m. of land at 23 Le Duan, District 1, the most expensive plot in HCM City, in June.

The auction, which was held by HCM City's Asset Auction and Service Centre on June 23, saw the participation of 13 competitors comprising 12 organisations and one individual. The auctioned land used to house the headquarters of HCMC Lottery Company, which has been moved to Tran Nhan Tong Street in District 5.

Tan Hoang Minh Group offered VND1.430 trillion (US$65.59 million), or 2.6 times higher than the starting price, to win the auction.

The Asset Auction and Service Centre said that with 16 biddings, the auction was tough. After three biddings, the price was pushed up to VND1 trillion ($45.87 million), forcing six bidders to withdraw.

The centre's director Pham Van Sy said the winner has to pay the deal amount in 75 days from the auction date.

According to the financial site  cafef.vn, Tan Hoang Minh Group has developed many luxury property projects, including D. ''Palais de Louis on Nguyen Van Huyen Street and luxury condo D'. Le Pont D'or on Hoang Cau Street. It has also announced to kick off an apartment project, D '. Le Roi Soleil, on a plot of 10,000 sq.m. at Quang An Ward in the West Lake region in July.