The Covid-19 pandemic has highlighted the importance of being adaptable in city planning, and for Singapore to have land that can be easily converted to other uses, said National Development Minister Desmond Lee. 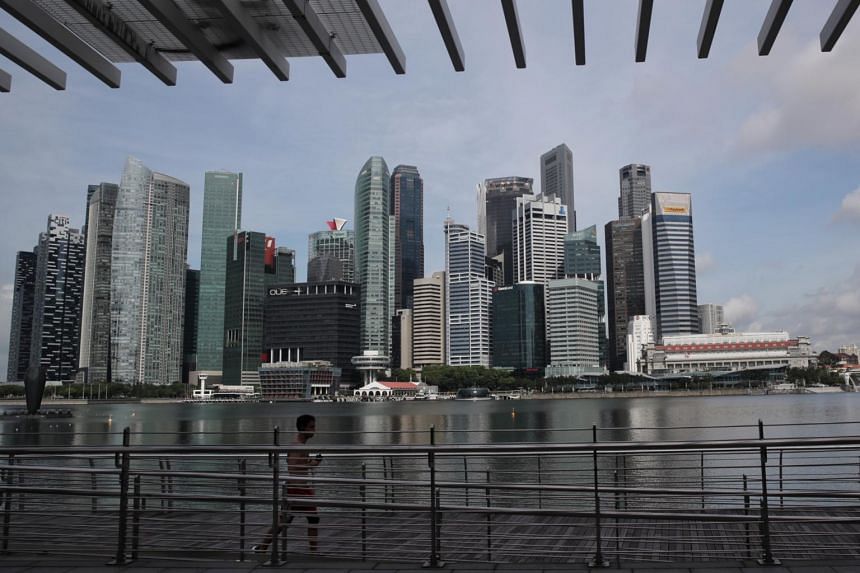 Mr Desmond Lee said issues to be relooked include how much office space is needed and how workplaces and homes should be designed.ST PHOTO: GIN TAY

In the longer term, the country will have to review its broader approach to land use and city planning as the pandemic has impacted many aspects of the way people live, work and play, he added on Monday (June 21).

Public engagement for Singapore's long-term plan will start next month, Mr Lee said in a speech at the opening of the World Cities Summit.

The long-term plan - also known as the Concept Plan - is reviewed every 10 years and guides Singapore's development over the next 50 years and beyond. It was last reviewed in 2011.

Mr Lee said the issues to be relooked include how much office space is needed and how workplaces and homes should be designed, as Singapore moves toward more remote working arrangements.

"The pandemic has shown that we also need to buffer some 'white space' that can be quickly adapted for emergencies," he said. "Even in land-scarce Singapore, we still need land that can be easily converted to other uses."

Another key takeaway is the need to keep cities liveable and connected, he added.

"The pandemic has kept people within the city but away from crowded urban and indoor areas. Parks and green spaces have thus become important places for many Singaporeans to seek respite and recreation," he said.

And with less in-person interaction, digital connectivity has also been vital to allow people to continue working and learning - including with overseas partners, he added, citing the summit as an example.

Covid-19 has also shown the importance of trust throughout society, which Mr Lee said is maintained through regular and transparent communications, making decisions based on scientific and factual evidence, as well as fighting the spread of misinformation.

"An effective pandemic response requires citizens to make sacrifices, which they will only accept if they trust that these are for the greater good," he explained.

"Trust is hard to build but easy to lose. And a crisis can easily divide a society if everyone only looks out for themselves."

In addition, both government leadership and active community involvement is important. Mr Lee noted that while Governments are needed to coordinate efforts, the community and ground-up groups are the "glue" that hold people together and provide "last mile support".

The minister said Singapore has to be prepared that the virus may become endemic. To that end, the country has been stepping up testing, contact tracing and vaccination efforts in an effort to identify and isolate cases even earlier.

Doing so will also protect more Singaporeans from the worst effects of the virus, he said.

"If we can do this well, we can then open up activities even further. But this will take time, and hard work," said Mr Lee. "In other words, we still have quite a journey ahead of us."

He also outlined how the pandemic has challenged and changed many aspects of life in Singapore quite drastically, like when the country had to implement a "circuit breaker" last year to stem the spread of the virus.

Some sectors, such as construction, have been hard-hit, with works halted for some time and only allowed to resume with stringent measures in place.

Some changes in the way people work are likely to stay - like remote or hybrid working arrangements and serving customers through virtual platforms, he said.

These shifts have brought about social challenges as well, like the burnout and fatigue from working from home over time, he noted, adding the pandemic has also thrust mental health into the spotlight.

More broadly, the pandemic may worsen social inequalities as certain parts of the economy resume strong growth while other sectors lag behind, Mr Lee said.

Many lower-income workers in essential jobs do not have the luxury of working from home, he added, while others have suffered wage cuts or lost their jobs.

The Government had to step in to provide support, especially for vulnerable households, he said.

Mr Lee cheered the groundswell of community initiatives that have seen many Singaporeans step forward to lend a helping hand.

These include the Partners Engaging and Empowering Rough Sleepers network who reach out to rough sleepers, and groups such as Belanja a Meal and Hawker Heroes that support hawkers and help the lower-income.

Said Mr Lee: "This spirit of mutual support is the kind of social DNA that we want to encourage even after the pandemic."