Tourism revenues remained low in the first half of the year as Covid continues to decimate travel demand. 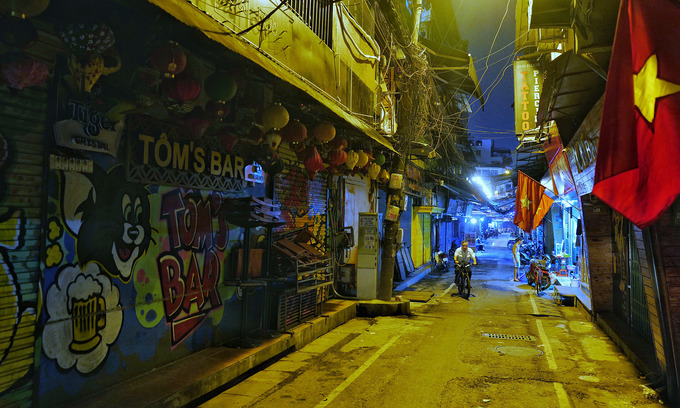 A man rides his bicycle along the deserted Ta Hien Street, a famous backpacker hub in Hanoi, May 2021. Photo by VnExpress/Ngoc Thanh.

The first wave this year began in late January, just a few weeks before the Lunar New Year, Vietnam's biggest and most important holiday. The second, triggered by new virus strains, began on April 27 and has spread to 50 of the country’s 63 cities and provinces, including some tourist hotspots.

As a result, despite summer being the peak travel season, there are few travelers. Many tourist destinations are closed while others like HCMC have mandated social distancing.

With the country closing its borders and canceling all international flights, there have been no foreign tourists for more than a year.

In 2019, the year before the onset of Covid-19, Vietnam had received 18 million foreign tourists.

The government wants to pilot a vaccine passport scheme for Phu Quoc Island so that tourism could recover soon.